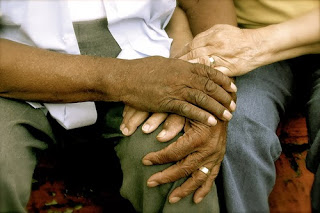 Counseling for anxiety, depression and ADHD

Dr. John Gottman, who has studied couples relationships for four decades, uses the Four Horsemen of the Apocalypse to describe poor communication during conflict. The Four Horsemen are:

Many times, conflict will begin with some criticism. “You’re always making us late.” The person giving criticism does not include themselves in the negative behavior, and the partner can feel like they have a defect. An alternative is to address an issue without criticism and have a gentle start up to the conversation. Such as “sometimes we leave later than I would like, can we work together to figure out how to leave earlier?”

If a partner feels criticized, they might turn to defensiveness to stop what feels like a personal attack. They might deflect it back to their partner. Such as “well, you were late last week and you forgot to pick up the mail.” Or they might take a victim stance: “I try to be ready on time but I never live up to your standards, do I?” An alternative response is to not become defensive and instead take responsibility. Such as “that’s a good point. Let’s talk about it when we’re on the road to our destination.”

If the criticism escalates, it can move to contempt. Contempt occurs when a partner makes a statement coming from a place of superiority. This includes name-calling, like “idiot” or “that’s stupid.” People who practice communication skills almost never resort to contempt and repair the situation instead.

Finally, there’s stonewalling which is emotionally withdrawing from the interaction. The person will stop listening, cross their arms, or give their partner a shaming glance. The stonewaller is trying to soothe themselves by stepping back but it instead escalates their emotions (and almost always their partner’s too). They are not being heard. They think if they interrupt or interact it will only make things worse.