A Condition of Obsession and Self-Doubt

Obsessive-Compulsive Disorder (OCD) may present in different ways, inconsistently, and with various symptoms. It is not uncommon for a person to have a combination of symptoms, or even another anxiety disorder, in addition to OCD.

The combination of symptoms makes treatment highly personalized to each individual. However, in general, people living with obsessive-compulsion suffer from unwanted and intrusive thoughts (obsessions) that they can’t seem to get out of their heads. The obsessive thoughts trigger a response to perform ritual-like behaviors or routines (compulsions) in an attempt to ease anxiety symptoms.

People often realize the obsessive thoughts and compulsive rituals are based on irrational fears. However, they find themselves unable to stop the pattern.

In addition, with a ruminative sub-type of OCD, people will fear certain thoughts. People will feel stuck in self-doubt. They often fear they’ve made a mistake (past tense) or will (future) make a poor decision that will cause harm to themselves or others. Common rumination fears may involve themes about morality, health/safety, sexual orientation, partner adultery, being socially unliked, harming a child, or failing.

OCD is a very painful condition. Modern culture often inappropriately paints the picture of OCD as comical and quirky. This portrait is far from the truth. People living with OCD experience a lot of emotional pain and tension when stuck in the obsessive-compulsive cycle. They may have difficulty focusing on other tasks, social conversations, or swap a life dream for OCD protection (such as a woman not having a child because she fears vomit or germs).

Even mild severity OCD can interfere with a person’s daily routine, academic life, job, relationships, or social interactions. When a person is experiencing an anxiety response, concentrating on any daily activity may be difficult.

Untreated, it can be a very serious medical condition. Getting proper treatment, Exposure Response Prevention Therapy is highly recommended for symptom relief. 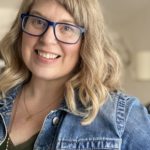 Request Kama Jensen when calling to schedule an appointment to discuss OCD.

⫸⫸⫸ Anxious about your health?